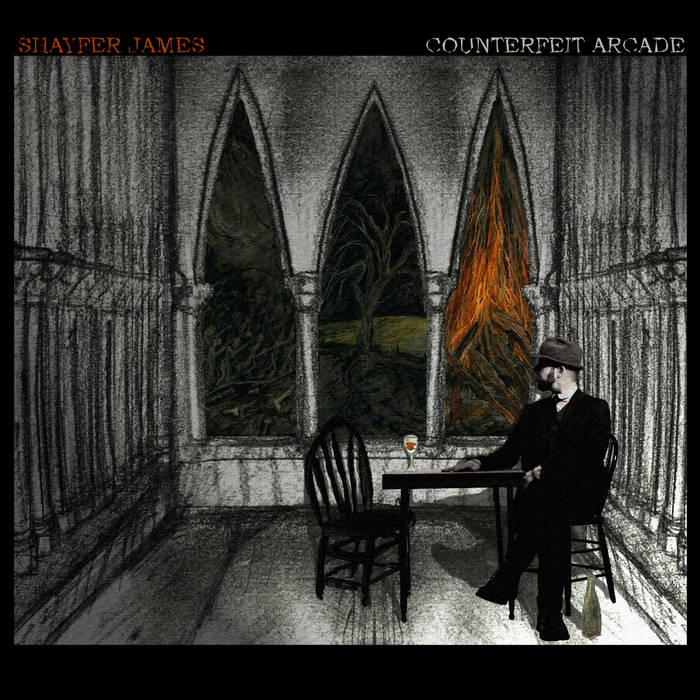 Nico Nea This is an excellent album, haunting and beastly yet delicate and well thought out. It's wickedly wonderful in every way, and though James' style: extremely calm but with this underlying constantly building unrelenting force (which beautifully erupts in songs like "Battle Cry" and "Godspeed") can feel a bit strange to listen do a first time, he uses that tension to great effect and makes listening to this album an excellent experience. All this accompanied with just delicious lyrics. I love it! Favorite track: L.V.S. (Your Lady Waits).

"...poetic compositions, which ride turbulent waves of melodious verses, backed by a storm of intricate instrumentals (“Battle Cry,” “Diggin’ Up Hatchets”), with a pair minimalistic testimonial type-tracks mixed in amongst the bunch (“Peace,” “Have A Seat Misery”). However, the cream of this crop rose to the top in “Weight Of The World,” the leading number to one of SIMGE’s favorite albums of the year" - Speak Into My Good Eye

"the songs are a welcome dark wave that takes the listener in unexpected directions and unexpected realms of emotion" - whatstrending.tv (InDMusic)

On his new album Counterfeit Arcade, Shayfer James warns, “There's a mean storm comin’.” There most certainly is. Mr. James' second album swaggers with danceable dark anthems, harrowing ballads, and experiments in chaos. The piano-driven follow-up to last year's The Owl & The Elephant (lauded by WNYC and IndieFeed), Counterfeit Arcade lures listeners onto a tightrope spun from guts and gin, strung above a pit of contagious melodies and grandiose arrangements. This album will fit drunkenly on your playlist with Edward Sharpe & The Magnetic Zeros, Tim Burton soundtracks, The Avett Brothers, and Man Man.

The lead track “Weight Of The World” is a seething summary of neofeudalism, while the aggressively sensual “Villainous Thing” recounts a raucous affair at a Parisian brothel. Shayfer’s eulogy for his grandfather and mentor “L.V.S.” stops the heart with a majestic a cappella movement, and “Peace” is a frightening aural illustration of James' frequent nightmares.

Recorded with his live band featuring Dusty Bones (drums), Jeremy Gillespie (bass), Dante Edmont (organ), and various special guest performers, Counterfeit Arcade captures an element of spontaneity and emotional fire that was previously only available in live settings. Mr. James’ umistakable vocal performances shift erratically from soothing beauty to
guttural fury. With a voice made of gravel, silk, and venom, no one sounds like Shayfer James.

Bandcamp Daily  your guide to the world of Bandcamp